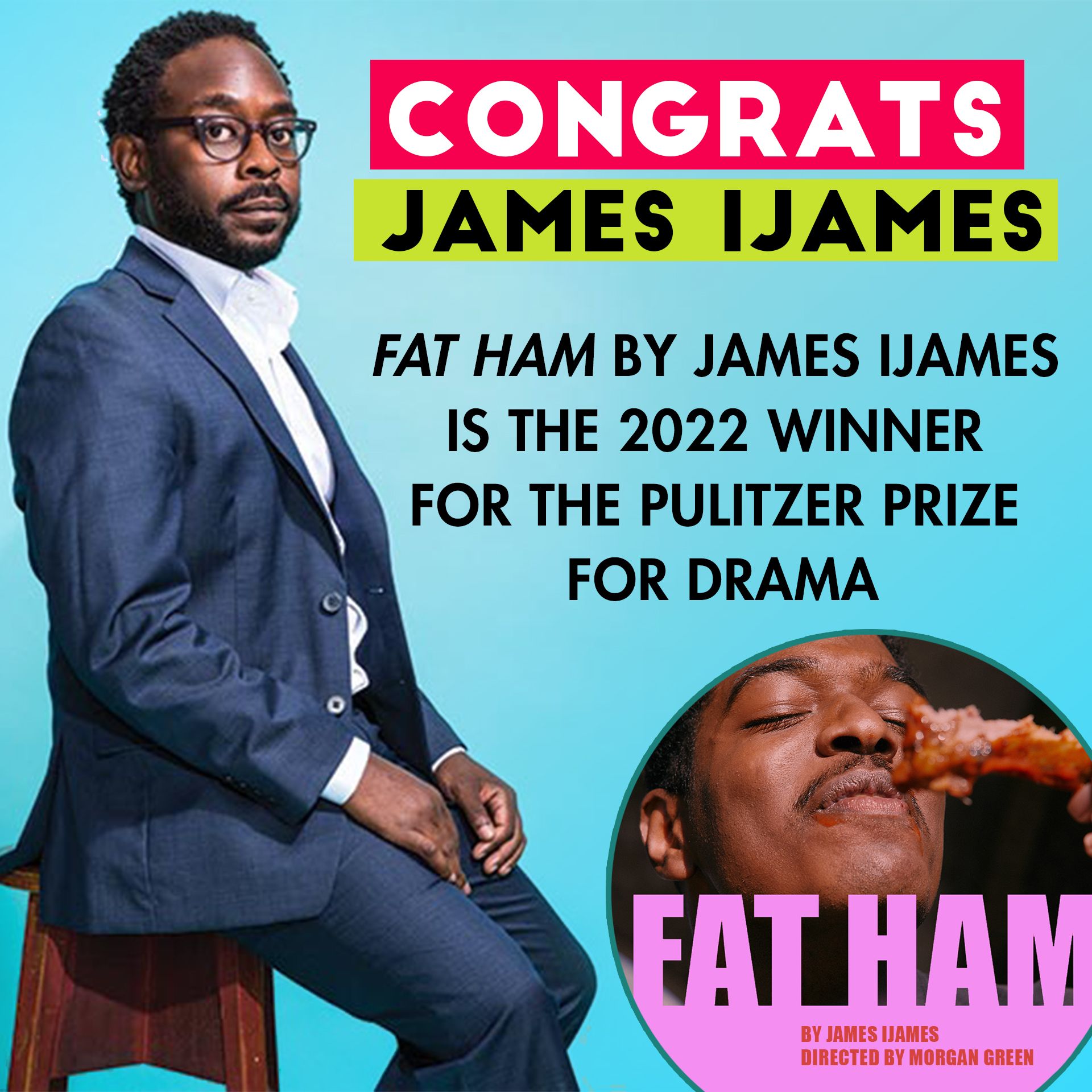 James is currently in rehearsal at the Wilma directing Fairview, which won the Pulitzer Prize for drama in 2020. Fairview will be on stage May 31-June 18, and tickets are available by clicking here.

The Pulitzer Prize board said Fat Ham is “A funny, poignant play that deftly transposes “Hamlet” to a family barbecue in the American South to grapple with questions of identity, kinship, responsibility, and honesty.”

Fat Ham will have its New York premiere at the Public Theater, in a co-production with the National Black Theatre, later this month.

Read an interview with James in American Theatre Magazine.
“I have always loved Hamlet, and I wanted to bring it a little closer to my experience, and to write it in the voice and spirit of my family, who are from the South.”